Many peoples asking us question what is edema and what causes it. In older times it was known as dropsy disease.

What is edema condition? 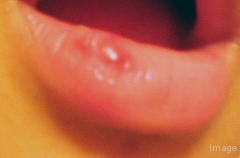 by maizers under CC BY

Edema is an abnormal condition when fluid is accumulated beneath the skin in one or multiple the body cavities. To confirm if a part of the body is swollen due to edema, you should perform a simple test.

This test can be performed anywhere you are as it is simple and does not require any special equipment. To check edema, one must chose a place on the swollen surface. Make sure that the surface has the least amount of fat under it; prefer to pick a surface with flat bone under it. Now apply pressure to the specific part with the tip of your index finger.

Continue the application of pressure for minimum 30 seconds. After 30 seconds have passed, lift your finger and examine the area which was previously under pressure. If there is a pit formed, then it confirms that you have edema.

This test confirms pitting edema only. If there is no formation of pit, this does not rule out it, but there is a possibility that there can be a second type of edema present called “non-pitting edema“.

Pitting Edema can be caused by systemic diseases, pregnancy in some women, either directly or as a result of heart failure, or local conditions such as varicose veins, thrombophlebitis, insect bites, and dermatitis. But on the other hand, it can also be non-pitting.

Such edema is caused due to lymphedema, Lipoedema and myxedema. Beside the classification depending upon testing techniques, there are two types of edemas classified on the bases of their localization. Generalized edema is caused when there is an increase in hydro-static pressure which results due to cardiac failure.

Other than a cardiac condition, general edema can form due to malfunctioning liver or ionic imbalance which results in disturbance of osmotic pressure.

Another type of edema is organ specific. This means that it will occur in the specific location as part of inflammation and/or infection. For example: Pulmonary edema (in lungs) occurs when the pressure in blood vessels in the lung is raised because of obstruction to remove blood via the pulmonary veins.

This is usually due to failure of the left ventricle of the heart. Common appearances of cutaneous edema are observed with mosquito bites, spider bites, bee stings, and skin contact with certain plants such as Poison Ivy. There are many other causes which result in many other signs and symptoms that include edema as well.

As proved from the aforementioned explanation, Dropsy or Edema is not a disease but it is a symptom or a result of a disorder. Therefore to get rid of it, one must look to fix the bigger picture.

Hope now you know what is edema and have an idea what happens inside your body if you have such condition.