Search
Menu
Categories
‹ prev next ›
0
What Is Dropsy Disease And What Causes It?
July 17, 2013 admin Edema 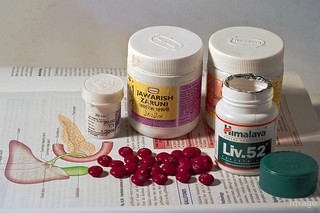 by YIM Hafiz under CC BY

Dropsy disease is an old medical term that was used to describe what is now commonly referred to as edema in the U.S. and oedema in the U.K. Dropsy is the presence of an unusually large quantity of fluid beneath the skin or in a body cavity.

This disease is frequently caused by an inflammation that can be due to a variety of causes. However, it is also frequently associated with more serious organ failure problems related to the heart, liver, or kidneys.

One of the primary causes of dropsy is associated with blood vessel obstruction. This will lead to edema or dropsy in the affected limb. For instance, this often occurs in arteries in the legs. In order to rectify this situation and increase blood circulation to the lower leg a procedure known as a femoral/popliteal bypass surgery is often performed.

Dropsy disease in the lower extremities, such as the feet or lower legs is often indicative of a condition known as congestive heart failure. The edema that occurs is a result of the inability of the right side of the heart to pump blood adequately. Blood that is circulated systemically will return to the right atrium of the heart, so that it can be pumped to the lungs in order to be re-oxygenated.

If the cardiac output of the right side of the heart is compromised, blood tends to pool in the extremities, resulting in edema or dropsy disease. Similarly, blood from the lungs which is oxygenated, will travel to the left side of the heart so that it can be pumped out to the muscles and organs (systemic circulation).

When the left side of the heart begins to fail, blood will pool in the lungs, resulting in edema of the lungs, which will cause difficulty breathing.

A sign of liver failure that will occur along with jaundice, is called ascites. Ascites are the accumulation of fluid around the midsection. This typically occurs with people who have a failing liver because the liver no longer produces enough blood proteins.

Liver failure typically occurs in people that have had excessive alcohol intake over a prolonged period of time. It also occurs quite often in people who have Hepatitis C or Hepatitis B, both of which can destroy the liver over long periods of time.

Generalized dropsy disease will occur in people that have kidney failure. Depending on the degree of kidney failure that has occurred, some of these people may eventually need to have regular kidney dialysis performed.

To help relieve the symptoms of various types of dropsy, diuretics, such as furosemide, are frequently prescribed. Diuretics work by increasing the amount of fluid that is excreted in the renal nephrons, thus ridding the body of additional fluid. However, long term treatment will involve addressing the root causes of the edema, which may involve, heart, liver, or kidney failure or problems with vascular obstruction.