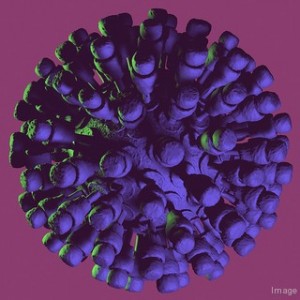 by Dominic’s pics under CC BY

A human body has the capacity to recover from many types of diseases, but at times it is not able to fend off many of them. We will furnish you with a list of the most deadly diseases worldwide, and methods for their avoidance.

This type of heart diseases is caused by diminished or blocked blood flow in a coronary artery. Therefore, a portion of the heart is not receiving an adequate supply of nutrients and oxygen.

Elevated blood pressure, obesity, and high cholesterol levels are often the root causes of this disease. Heart disease is the number 1 cause of mortality worldwide. Heart disease is number one on our list of major diseases that are deadly.

A cerebrovascular accident is a stroke. Similar to ischemic heart disease, a stroke is caused when the flow of blood is interrupted to a portion of the brain, causing this brain tissue to die. This can also occur when a blood vessel in the brain bursts, which is a hemorrhagic stroke.

High blood pressure is the most common causes of this affliction. Stroke is number two on our list of major diseases that can result in death.

Infections Of The Lower Lungs

Everyone needs an oxygen supply to live. An infection of the lower respiratory system can prevent adequate air exchange, and a person will perish from lack of oxygen. Lower lung disease is caused by a large variety of bacterium and viruses.

At times, these infections can be difficult to eradicate, particularly viral infections which do not respond to antibiotics. Lower respiratory infection is number three on our list of most deadly diseases.

HIV was initially reported in the 1980’s. Over the ensuing decades, it has infected an increasing number of people. HIV weakens the immune system so that the victim becomes infected by other opportunistic infections.

There have been many medications developed to treat HIV that have been successful in arresting the progression of this disease. However, these medications are costly and not always available worldwide, leading to many deaths as a result of HIV.

TB usually results in excessive sweating, weight loss, fever, and fatigue. TB is a bacterial infection that begins in the lungs, but it can spread to additional organs. Quite often this disease can lay dormant for several years, or it can affect its victim immediately. TB is transmitted via airborne droplets when a carrier coughs or sneezes.

People that already have a compromised immune system are at greatest risk. Exposure to TB is normally detected by a skin test. The test is performed by an intradermal injection, most often, in a forearm. If the person has a reaction to the test, he or she has been exposed to TB, but does not necessarily have the disease.

A positive reaction to the skin test is followed up with an X-ray of the lungs. If TB tubercles are detected in the lungs, the person has TB and will be treated with antibiotics accordingly.

No one likes to be bitten by mosquitos, and even less so in parts of the world where they frequently transmit malaria. The cause of malaria is a parasite that becomes transmitted between people via infected mosquitos. The parasites travel to the liver, and they mature there. After maturation, the parasites enter the blood and infect red blood cells.

Malaria is a large problem in tropical and subtropical parts of the world. Estimations of the number of malaria cases every year are about 400 million. Over one million victims die from malaria yearly.

Now you have idea about major deadly diseases in 2013, so remember — “prevention is better than cure”.